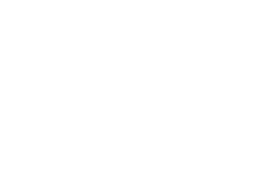 Georgia is rich in ancient culture, folklore and architecture. You could not hide excitement, when you see Georgian dance and folk-song reflecting the history of this country. The Georgian table has the most attractive traditions- the culture of wine drinking, of managing the table, which are always led by the person who is called “Tamada” (toast master). Georgian kitchen with variety of dishes from different parts of Georgia will not let you forget this beautiful place called as “wine-country”. Anyone, who has ever visited Georgia, dreams to see this beauty again. How could anyone forget this country, the country that is called the part of tales and dreams? We advise you to visit Georgia, see its natural beauty, study its history, culture and be sure, this impression will accompany you for all your life. After all these you, like others will have only one desire to visit Georgia once again.

Georgia is one of the countries in Caucasus, situated on the Europe-Asia crossroad. North part of Georgia is bordered by Russia. Turkey and Armenia are on its south and Azerbaijan border is on the east. In spite of a small territory (69700 sq.m.) Georgia is distinguished for its natural variety that have different climate conditions. Not far from the capital you can see and enjoy snow-covered mountains, to reach of them you need just two hours. You can easily appear at the Black Sea, enjoy its beautiful and sky-blue coasts. This journey takes you 5-6 hours. Georgia is between two seas, the Black Sea and the Caspian Sea. History says, that well-known Silk Road lay through Georgia. This is the country that links Europe to Asia.

Georgia has been Orthodox-Christian country since the 4-th century. In spite of this, various nations with different faith have lived friendly in Georgia since ancient time. In the capital of Georgia you can still see monuments reflecting different national culture and religion, for example synagogue, mosque and others. According to the historical sources Georgian kingdom has existed since 6-th century B.C. The period between 10-13 centuries is known as “okros khana” –Golden Age, because Georgia was the united country, it was the time when Georgia possessed large territory from “Nikopsia to Darubandi” (almost all territory between the Caspian Sea and the Black Sea). Internal and external wars since 13-th century made country very fragile. This was continuing for centuries. At last in 19-th century, with the purpose to survive its faith and territorial integrity, Georgia joined to Russia. In spite of this, Georgian nation aspired to be independent. In 1918 the country gained independence. Unfortunately this happiness was short lasting, In 1921 the Red Army managed to occupy Georgia. In 1991 Georgia became independent again and has been following the way of democratic development. The territory of Georgia is divided into regions with their different geographic positions and traditions.